JK2 turned twenty this month! I got a chance to sit down with 5 of the developers of Jedi Outcast over a Zoom call and not only did they take time to talk with me about this wonderful game, but they talked to me for nearly 3 hours. It's clear from the very beginning that they were truly passionate about this game and consider it their proudest achievement. Take a look at the video below and listen as they reminisce and chat about development and that era of their careers!

Winners of the Underworld Mod Contest

A first for our contests, we have a tie! The winners of the contest are Noodle's Bounty Hunter and biggs' Underworld map. Awesome job to all who participated! 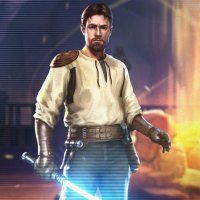