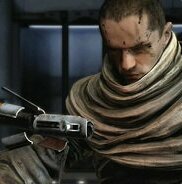 Since the game had no female reborns or cultists, I decided to model and retexture all of them to have female options. Every single type of sith enemy in the game now has a female variant. Type “_female” at the end of the desired npc name in the console, and you get your character. I also made small edits to the female jedi sounds (removed stuff like “I’m a jedi!” or “I’m going to meditate”) so they would work for siths, because at the moment I have nothing better for them.

If you put the file "zzzz_femaleCult/RebornSPIntergrat.pk3" in your base folder instead of the other, some reborns will now be replaced in the normal singleplayer campaign.