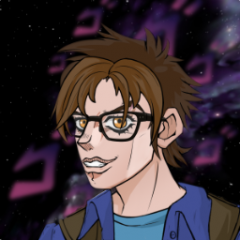 This mod gives Boba Fett a voice more accurate to Temuera Morrison's voice heard in the movies and shows. I was never truly happy with Boba's voice in the original game, as it's not the voice I grew up with. It's not a bad impression of his original voice from 1980, but I did always prefer the newer one. And so, I give to all of you, a really damn good voice impression done by the Shape Shifter VA!

You may recognize his work in many Star Wars fan-films involving either clones or Boba Fett himself.  It was a pleasure to work with this legend in the making of this mod.

Features included in this mod:

- All of Boba Fett's voice lines redone.
- New voice lines reacting to the player detonating the bombs and other interactions.
- A new animation of Boba cautiously pointing his blaster at you after killing you. You can never be too careful with Jedi.
- 15 possible voice lines after killing you (some being alternate takes, others completely original).
- (Optional) Custom dynamic music from Empire Strikes Back to make the level's music feel unique and more appropriate to Boba Fett.

- Known bugs:
* About 20 seconds after you die, Boba will just pop out of existence. I tried doing all sorts of shenanigans with scripting to make it more exciting and cinematic, but nothing I tried worked.
Note that this is a problem already in the vanilla game.

Please let me know if you find any more bugs!