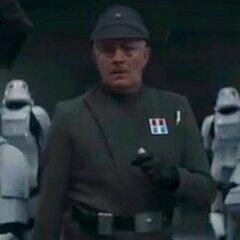 Ghost troopers is a special forces unit that is part of the Deathtroopers unit of the Imperial Military Intelligence, and consists of a few, but experienced fighters who perform special command tasks. First of all, they are famous for their secrecy and elusiveness, for which they received such a name. These Ghost troopers were invented by the SW community, but they had already become the most popular and recognizable.

They are present in the game Battlefront II (DICE) in the form of a custom skin. I was inspired by them when creating skin for JA. Repainting is fully consistent. The basis for this is the awesome Deathtrooper model from Scerendo, for which many thanks to him.

To call the NPC enter the following codes:

Known bugs: Crashes with the error "Ran out of transform space for Ghoul2 Models. Adjust MiniHeapSize in SV_SpawnServer" are possible, in particular when spawning a large number of NPCs and using detailed weapons. To reduce the frequency of departures, it is strongly recommended to use OpenJK.