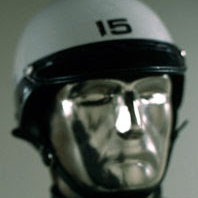 Yes, another Kyle reskin! This skin pack pays homage to the original aesthetic and outfit designs of Jedi Knight's hero, Kyle Katarn. Blending elements from Dark Forces and Dark Forces II, these textures include modified details to depict this character in a more rugged, mercenary-esque look. With a thicker beard, classic black gloves, and a stuffed ammo belt, the New Republic Agent Katarn is ready to take on the Imperial Remnant with a bit more sentimentality. There's also a chestplate concealed underneath his suit from his Dark Trooper-dismantlin' days.

There are two variants for those that care more or less about continuity when using this mod, as the skin does overwrite the default Kyle skins for singleplayer and multiplayer whilst installed in the game directory. One is a younger, less-grayed appearance that calls back to Dark Forces II, while the other is slightly aged as Kyle should be by the time of Jedi Outcast. Both share the same outfit, however. There are icons and red/blue team skins for visual clarity, and for those that want to use this skin in team-based, multiplayer modes.

These skins attempt to retain most of the original artstyle of JK2 as some textures contain modified materials from other game characters; the model is unchanged besides the omission of the drawstring collar. Some other details are entirely new, as it is meant to portray Kyle in a way that encapsulates the look or fantasy of some of his adventures from older games/stories. Additionally, there is a complimentary saber color pack that adjusts some of the blade shapes to be slightly sharper with more contrast and fizzling. This file is entirely optional and is only here as a plus - or afterthought, if you will.

fullkevlar, Smoo, The Unguided and 3 others like this
Followers 0
Previous File Reskinned Kyle