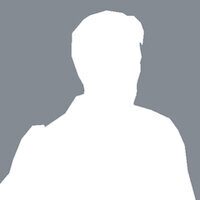 Ported simplified Darth Vader parts for a wide range of choices to choose. See read me!

I used Toshi's anakin head and cape for Darth Vader and the sounds he had in his. I also used his breather for a maskless Vader

Usage:
- You can use this mod however you would like, however, make sure you give Toshi credit. Credit me as well.

How to Install:
- Locate your base folder for Jedi Academy and just drop it in there.

Lightsaber:
- I am too lazy to figure out where the lightsaber is in MD that Vader is using so if you unpack the .pk3 you can change the npc file to a different lightsaber.

A Thank You:
- Thanks for everyone always working to keep my favorite Star Wars game alive! Honestly this has been fun and I plan on making Palpatine's Senate Robe
since no one has tried to make it in a long time!

PierceDoughty, Willemoes, DarthValeria and 4 others like this
Followers 1
Previous File Nightsister
Next File Prince Luke