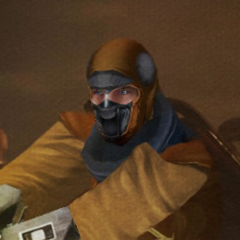 Might as well release this first piece that I worked on. I was working on this just before putting my attention on the JoF Temple.

There was a time when JoF server map was permanently Jedi's Home II. I wanted something more, so I decided to make an epic map that would replace the JH2 with superior fun and function.

I was innocent and did not know anything about fps or area portals back then. This was the first map I attempted to release, and this is the first version that was tested with a group of people. Most them had unplayable fps, at least in the above portion of the map; the underground was playable by many. I dropped this map at that point. The map has only ambient light, so it might be bit dark.

I really do enjoy the layout still ^^ This definitely is a piece of me I put a lot of heart in. Wanted to upload it here for safe keeping 🙂 Check it out if you like