The DJE guild, Dark Jedi Empire was created in 2006 by two players, Malice and Death. The clan was first named The Galactic Associates Jedi Empire with it being a double sided clan, with Jedi and Sith groups apart. Over 5 months into its creation the two leaders fell apart and split the group with Malice taking the Sith/Dark followers and reforming the name to Dark Jedi Empire in early 2007. 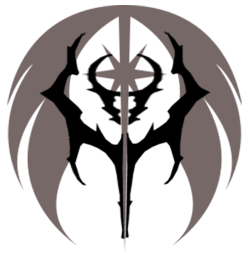 We recruit any player who can speak English. Doesn't matter if you are a Jedi, Sith, Jawa, Droid, or some old man. All are welcome to join the brotherhood and have fun. All we ask you do is fill in a small application located on the forums and await to be reviewed, which isn't long, and you be enlisted.

The guild is dedicated to being one of the only clans that allows its members freedom. The server alone allows you to speak freely without being harassed by admins or other players. If you find something you do not like, make it known and we as a group will fix or change it. Even outsiders are welcome, but as a member you are part of the family and be treated like one, other players who display rude behavior to our family will be dealt with. Warning or not.

Members from the past have come and go, often forming their own group of elite fighters and forming clan vs clan battles in friendly tournaments, or events. Many former members have gone out on their own only to return to us. We welcome them back with open arms, even if they were kicked or dismissed. We forgive the dead.

More information about the members, events, maps, server, and timeline of the guild can be found on its own Wiki page, seek below.

Our server is the DJE Recruiting which is hosted by Leadarc hosted by him and another friend as one server.

The members of our guild are required to wear <{DJE}> tags before players name and =?= marks after players name with the "?" changed to correct rank of selection. The only rank new/former members are given is "Student" as a show you are joining and must be part of the guild for awhile before you reach the next level and battle your way up from their.

Total of four council ranks, the Infernal Guards, Shadow Commanders, Masters & Lord of the Guild. Even non-council members' words are heard together with the council's.

Those who are neither Sith or Jedi but follow the Dark Side while still maintaining peace of heart so not to be corrupted. Those who continue to stay Dark Jedi are still sith but don't know the meaning too well. Jedi who have once been Jedi who have fallen to the darkness (like Darth Vader) still have the choice to return to the light.

We have made an establishment for members to join together on certain days to train under someone who doesn't have a master or apprentice. It's all fun and games and we enjoy our time.