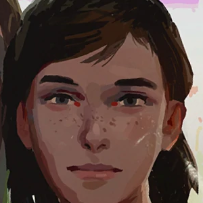 Levels and accounts
Players can be assigned levels and money based on the current roleplay. They can request their skills and marc abilities to be upgraded by an admin with the correct permission. Admin permissions are account wide, while abilities, skills and credits are character wide. The same account can own multiple characters.

An ingame dice has been added, should roleplay require it. It is broadcast to the server, so that there's no question about lying about your roll. It supports any number of faces, including upwards of 100. Use /roll <max_number> to access it.

A god mode has been added, with any player being able to use it, such that those who prefer to roleplay their duels and gun fights, can do so without dying every 10 seconds.

A custom HUD has been added, complete with immersive saber stance names.

Two new saber stances have been made available.

A complete emote system, with access to every single animation JKA has to offer is present, those can be used by using the animation IDs. Alternatively, there are 55 common animations that have been given a name (such as sit, sit2 etc.)

No more chat flooding when two roleplays happen in different parts of the same map. Now, /say is distance based, and will disappear if the player is too far away form the person using it.

Out-of-character chat is now included, automatically adding "(())" around the message, as well as turning it red. Use Team Chat for this.

Mercenaries have a lot of upgrades available, as well as a slightly different playstyle. Ammo management is now a big part of being a mercenary, as all ammo is saved in real time, and will have to be bought from a seller, increasing immersion.


Entity/Building system
Allows to add, edit, remove and list entities in a map. It also allows to save them.

In-Character news channels have been added, allowing players to read up on the latest galactic happenings while roleplaying.

Credits can be created by admins, transferred between players, as well as 'spent' (deleted form a players account) to allow full rolaplaying freedom.


Remapping shaders
Shaders can be remapped, and can be used by mappers to change maps in real-time.

This system can be used to add different entities (such as weapon spawn and medpacks) as well as to remove them. The changes can be saved and loaded in order to allow admins to create different map versions for different scenarios.

Read the documentation included in the files for more information and a tutorial.

Feel free to check out the source code on my github alexnita3/GalaxyRP (github.com)

Also feel free to join our discord group to take part in our own roleplaying community based on this mod, keep track of the mod's development, or just to request help setting it up or report bugs and suggestions. Join here: https://discord.gg/zpHfWrUfFb

This mod is, at it's core based on OpenJK.

Zykmod has also been a huge inspiration, as well as the source for most of the base code that was used. Zyk has done a really great job with his own mod, feel free to check it work out. I've modified that and turned it into GalaxyRP because i wanted a mod that had roleplay as its main focus.